What are all the Best Computer Monitor Brands? It’s difficult to get a monitor because there are so many manufacturers and types, each of which is suitable for a specific purpose. As a result, we’ve put prominent brands to the test.

You’ve come to the right place to know about which brands you should opt for in 2022.

The following are a few of the things better to bear in your mind while going to buy a monitor:

The monitor brands that will be discussed in this article are:

Dell’s goal is to be the most effective technology firm in the world, serving individuals, small and medium enterprises, and major corporations.

Dell has offices in 77 countries, including the world’s largest cities.

They are market leaders in computer screens, washers and dryers, mobile phones, television sets, freezers, computers, LCD screens, Media players, and a variety of other items. Samsung has offices developed all around the world to service its customers.

In today’s electronics industry, Samsung’s corporate reputation is enormous. Despite strong competition in the worldwide market, their products are highly accepted by clients all over the world.

Samsung sells its products and services in over 140 countries and regions across the world. Nearly 290,000 individuals work for the company worldwide.

Many notions and sensations spring to mind when people hear the word AOC, including clear picture, decent performance, vibrant colours, and high quality. This is because AOC, the finest monitor brand, has a good reputation as one of the foremost computer display manufacturers.

AOC Global has 177 locations in 57 countries.

LG has grown to become one of the largest manufacturers of colour televisions, computer monitors, freezers, and other household appliances and other by continuing to develop every day.

LG has grown to be among the best-known consumer brands in the world. LG Electronics operates in even more than 80 countries and expects to generate US$56 billion in revenue by 2020.

Another well-known monitor manufacturer is ASUS. Gamers, businesspeople, and those looking for fun are the major targets of this brand. The gaming panels are the most well-known devices in the ASUS series. The gaming screens from ASUS are made for hardcore video gamers and create games like Counter-Strike: Global Offensive much more immersive.

ASUS began as a motherboard maker and has since evolved into one of the leading companies in the computer peripherals industry.

ASUS has outlets in 32 countries, according to their website.

HP is among the most well-known companies in terms of marketing strategy. It is a well-known brand in the B2B and communications technology sectors, with a long history of innovation and trust.

HP outlets may be found in more than 120 nations around the world.

In the IT and technology business, Acer is among the most well-known brands. It has a long history in the industry and has established a well-known and valuable brand.

Acer increased its supply chain in 2014 to better serve its consumers all around the world. Acer has around 160 retail locations worldwide.

The brand is associated with quality and innovation, and the value it advocates resonates with consumers all over the world for its famous moments in consumer electronics.

This is a well-known brand that can be found in shops all around the world. It has locations in more than 100 countries.

Lenovo has long been known for producing PC displays and also the ThinkPad, among the most popular laptop series in history.

Lenovo’s products are available in 180 countries.

BenQ began as a spinoff of another computer behemoth, Acer, but later branched out on its own. It now has over 100 countries under its umbrella and over 1 million active sensors. BenQ’s corporate reputation is based on three pillars: high-quality products, strong consumer relationships, and a broad product selection.

They’ve established a reputation for manufacturing high-end goods, and individuals who value quality prefer to identify the brand with it.

The widescreen monitor brands were chosen because of their durability, decent performance, size, colour definition, broad viewing angle, high resolution and other factors. Having an excellent monitor will enhance your work, simulations, and gaming experiences. Images are clearer and sharper, and colours are richer.

Which monitor screens are the most eye-friendly?

Ans: Samsung, Dell, and Philips claim to be the best.

Is dark mode better for your eyes?

Ans: Utilizing dark mode is relieving, but it causes your pupils to dilate, making it more difficult to focus on the screen.

What is the finest monitor brand?

Ans: You can choose from any of the 10 above.

When buying a monitor, what specifications should I check for?

Ans: Resolutions, refresh rates, and image quality are the three factors to consider.

Ans: Yes, they’re up there with the greatest. 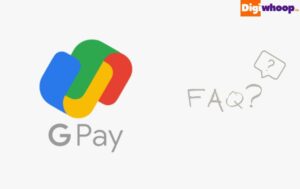 Next post The Most Frequently Asked Questions on Google Pay